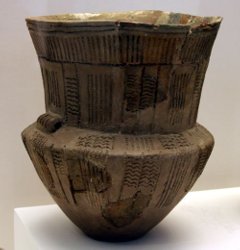 Archaeologists have named the spatially restricted cultures after the pottery which people of that culture created. The so called Funnel beaker culture, short TRB from (German) Trichterbecherkultur (ca 4000 BCû2700 BC) covered big parts of the North of Europe. The TRB is further sub-divided into groups and stretches from parts of the Netherlands in the West, over Northern Germany to Poland in the East. In the North it is covering Denmark and the South of Sweden.

From 3500 BC û 2800 BC megalithic tombs have been erected in most areas in of the TRB culture. E. Schuldt has classified these tombs based on extensive investigations in Mecklenburg-Vorpommern:

Other classifications exist. The extended Dolmens are in some areas further sub-divided, e.g. for Schleswig-Holstein (Germany) into rectangular and polygonal Dolmen.

The type æUrdolmenÆ, introduced by Ernst Sprockhoff is the simplest type. All other types are thought to be evolutions from that type. Authors like E. Schuldt were trying to verify local distribution of specific types by investigating a number of buildings in East-Germany (Mecklenburg-Vorpommern). The results of this analysis are not clear cut: There are regional differences, but most types can be found in all areas.

The stone cists are mainly found in Sweden and the Eastern TRB areas, like Mecklenburg-Vorpommern, Germany. Further, there are stone cists in the Southern perimeter of the TRB culture (e.g. Fritzlar, Z³schen, etc.), which actually show some relations to French gallery tombs.

Scientists like E. Schuldt have focussed their work mainly on the chamber and its setting. Only little attention has been paid to the cairn and the adjoined space, which was certainly part in the ritual activities. For example the megalithic chamber is either surrounded by a round cairn or alternatively by a more or less rectangular cairn (H³nenbett). 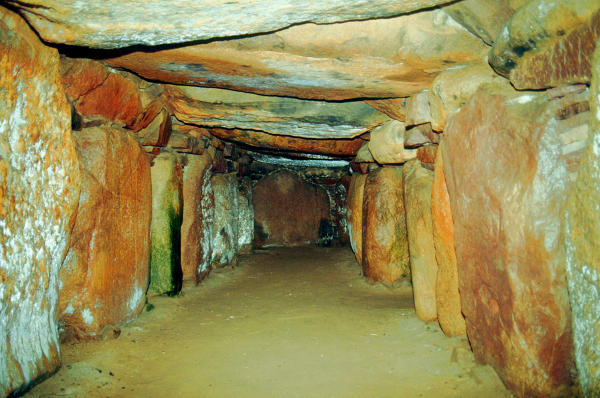